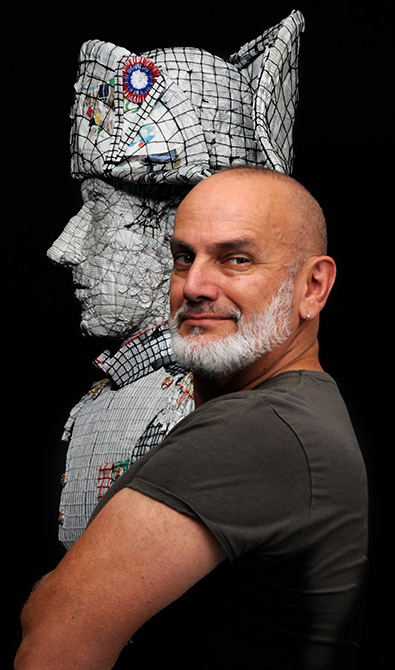 The artist discovered his artistic talent early on. In his homeland he already studied art education in Pindamonhangaba (1987-1989), with a focus on theater. As a teacher he worked in different schools. Active in Europe since 1990, he studied art at the Academy of Fine Arts in Munich (1991-1997), Germany. Here he was able to find his artistic identity, and continue to develop it. In the time of his training fall numerous exhibitions that show him as a sensitive observer of the world and creative deformer of the supposedly well-known. Above all, the artist works with pre-ideas of objects and their symbolic value. His work shows a wide range; he gets his inspiration from books, conversations with friends or colleagues, music, poetry, media, etc., which he realizes in „projects“. Two of them have met with a great response from the public and the press. After studying art, he made a postgraduate in art therapy in the same institute (1997-1999). Thus, he studied in separate stages the three level of art: the educational level, the artistic level and the therapeutic level.

After completing his studies, in 2002 he accepted an invitation to work as an art therapist in a psychiatric hospital in Münsterlingen, Switzerland. The following time is marked by immersion in the human psyche. He also completed a training as a group analyst in the SGAZ (Seminar for group analysis Zurich – 2003-2007). He did not exhibit much during this phase.

Since 2009 active as a freelance artist, matured, the artist is practicing art again. 2015 he got the Swiss citizenship. He completed successfully his first artist-in-residence in the FAAP (Fundação Armando Alvares Penteado – Oct. to Dec. 2018) in São Paulo, Brazil.

He completed his second artist residency in the Swatch Art Peace Hotel in Shanghai, China (Dec. 2019 – Feb. 2020), with an Open Studio.
(https://www.swatch-art-peace-hotel.com/virtual-museum/Marcelot-400)

From his third successful artist residency at CoGalleries in Berlin, an interview came out where he talks about his project.
(To the Article)

In my project „Ancient of Today“, I transpose characters of Greek mythology in our age. I took notice that the human being in cyber-age has the same needs as people of former times. Mankind has maintained the same patterns of behaviour since antiquity, which have changed in the course of time in form, but not in quality of experience. The thirst for adventure, the hunger for power, the fear of death, the fear of loneliness, the urge to explore, the passion for love also belong to our lives. We are currently experiencing the digitization of the world. 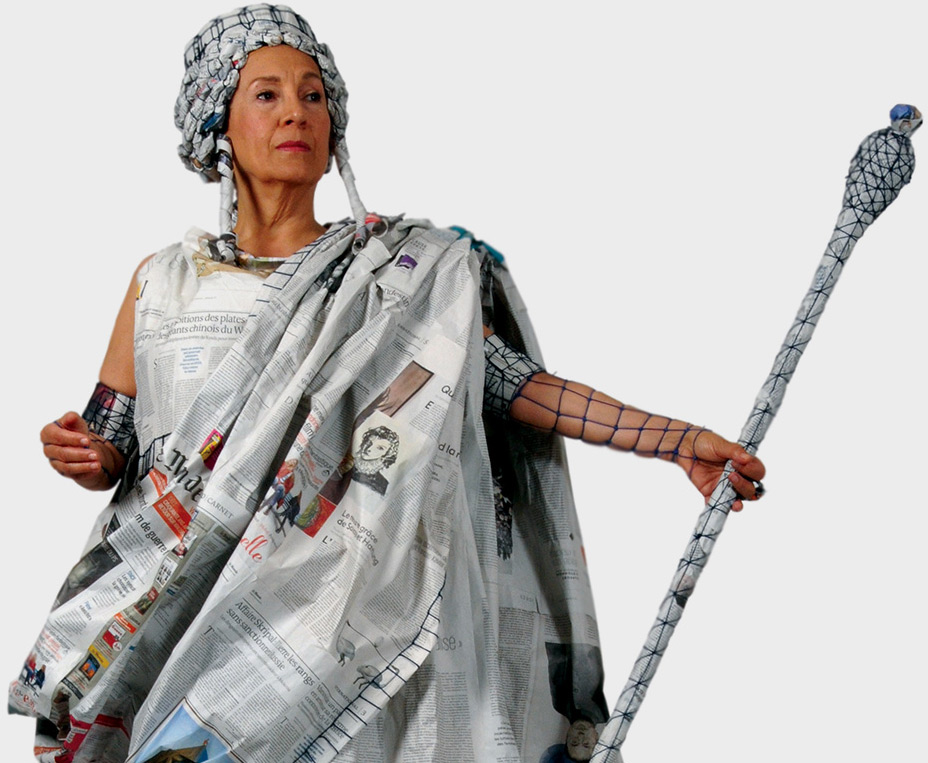 read more…less info
Today, more than ever, we are experiencing „Greek times“. Never in history have humans been allowed to live as hedonistically as they are today – only the ancient Olympian gods are equal. Greco-Roman culture revered life, in its most beautiful form: healthy, young, full of energy – a striking contrast to the culture of Egypt, which focused on death and life after death. As far as their characteristics are concerned, the mythological figures of the Greco-Roman pantheon can also be found in other cultures, such as in North German mythology or the Afro-Brazilian Candomblé mythology of the Yoruba. It seems that such figures form in the general collective unconscious. Just think of the parallels between Zeus, Odin, and Ogum or Hermes, Loge and Exú. Considering that these figures actually represent personifications of the many facets of the human soul and thus archetypes, they have an eternal validity. Although our age may be determined by digitization, man himself is the same as in antiquity: his sensibilities and basic needs have remained the same, regardless of fashions and technological progress. The Olympus of antiquity has gone down with the people of that time. The Internet is the new Olympus. So, a place that does not exist, yet at the same time masters everything. A platform or stage where you can show yourself the way you want, excessively and without inhibitions, like the ancient gods. But what is the Internet, the digital world, other than a tremendous amount of information? This is the interface to the medium of my artistic work, the newspaper: „Newspaper = Information“. Like the world of antiquity, the newspaper will also disappear in its paper-printed form and will be replaced by the digital version. It still exists, but is already „ancient of today“ and clad my models of today, who behave like gods.
Englisch:
Italienisch:
Portugiesisch:

To watch fullscreen press this symbol

Information is power - Busts of powerful politicians, made with the newspaper of their country of origin.

Photographic essays with the sixteen gods of the Greek pantheon.

Showing of being a child as a street child

Nudes together with an object

OTHER PROJECTS IN PROGRESS

What do you believe in?

Human being at the border

Four views of a reality combined into one composition